Selecting the body of a group message will open its stats, including:

Message progress — The number of sent and delivered messages vs. the total amount of recipients.

Message analytics — The number of messages sent, messages delivered, errors (contacts your message was not delivered to, such as those who had previously opted out), responses, and opt-outs.

Recipients — A list of every recipient’s display name, phone number, the time the group message was sent, and delivery status. 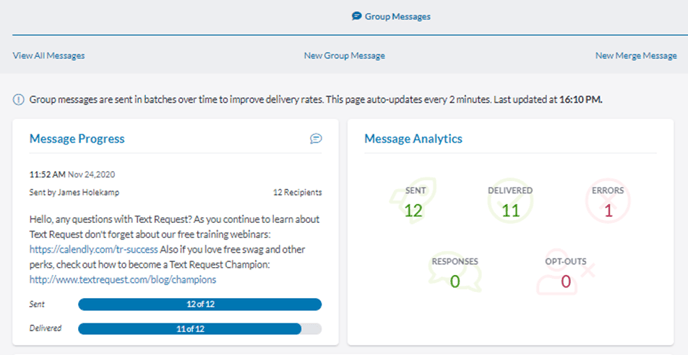